Mehndi or Heena is a paste generally made by heena plant leaves are bought into cone-shaped cups and tube and uses for temporary design purposes. It is derived from Sanskrit word “mendhika” and according to old Hindu Vedic ritual books, mehndi is basically used for medical purposes. But as time progress women’s used for designing purpose of their palm. Mehndi designs are one of the most popular variant designs of south East Asian countries such as India, Pakistan, Bangladesh and many more. Women use mehndi design for festive occasions, like weddings, religious events and traditional ceremonies. Most women these days, irrespective of their age, get Mehndi designs for and weddings and religious functions.

There is some controversy over the origin of Mehndi or Heena. Some historians believe that it was brought by Egyptian to India in 700 A.D  and other believes that it was brought by Arab traders to India in Ancient times and they has started sailing Mehndi for design purpose. Indian women’s like it very much and gradually, it became a important part of Indian culture with more and more women using it on a regular basis.

How Mehndi is prepared?

Mehndi is gained from heena leaves which is crushed to powder by grinding stones in olden days, now days by machines, then added little amount of water or oil for converting it into paste. This paste is then applied to women’s hands, legs, and sometimes even back in the form of beautiful mehndi designs. Once it is applied, it takes nearly 8 to 10 hours for the hands to get tattooed, and it typically lasts for nearly 1 week.

There are many variations and types in mehndi designs, But basically on culture and state they are categorised into 4 types:-

There are many type of designs of heena or mehndi are saturated in market of South East Asian countries like India, Bangladesh and Pakistan.  Out of them Bridal design mehndi is very famous design which is gaining a lot of popularities now a days.  A bride’s looks are incomplete without mehndi because it is an old tradition of almost every Asian country. It provides uniqueness to the beauty of a bride which attracts other towards her. Every bride wants to look very beautiful and attractive on her wedding day. In order to complete her that wish Mehndi or heena plays very important role. Now a days it is not much important to which type of henna or mehndi design is applying, the important thing is that it can be applied by a professionalized person because they have their own creativity and it’s add a extra charm to the designs of Mehndi. Mehndi design can be applied on different body parts such as hands, arms, legs and neck but for a bridal prefer to apply it her full arms and feet. Therefore for bridal it is very necessary to select the best bridal designs for her. It is one of the most important testimonials on any occasion like wedding, religious events and many other functions.

Full arm-length design is one of the most popular Beautiful Bridal Mehndi Designs.  It is very easy to make these designs, only flower motifs and few leaves are being used. You can shade the flowers and leafs to give a little more dramatic and intrinsic look.

This Bridal mehndi design is different from traditional flowers designs, lotus design is quite simple to make on the wedding and when this lotus motif is shaded, it gives a stunning and awesome look to the bride. You can also try the mango leaves to make it more beautiful and charming.

This semi-heavy mehndi design is perfect for the feet on the wedding day. This type of design is mainly based on the leaves along with few circle patterns. This thick weaved patterns with dots and shadings on the feet give a stunning and awesome looks to bride.

Mehndi is a paste which is also known as henna in the western world though they use it as a temporary form of skin decoration. When wedding season approaches then all the brides are busy deciding on their attire and jeweleries . However, a bridal look remains incomplete without mehndi. Brides now a days want mehndi designs that have a modern and creative touch, and Arabic mehndi designs will be a great choice for them for them. Arabic Mehendi designs was originated in Arabian countries and it gradually gained popularity in South East Asian countries, especially in India and Pakistan. Like the rituals and functions  in Indian culture, some parts of the Gulf countries have also started including this  mehndi applying function on their wedding ceremonies. In Arab, mehndi function is known as  “Heena night” which is celebrated a night before the wedding. Arabic mehndi is prominent and bold because it is made by using dark brown and black mehndi instead of red brown mehndi. The borders of the designs are created using black mehndi that makes it look more attractive and beautiful. There are many types of arabic mehndi designs. Some of them are given below:

In this type of design any one can simply create flower motifs to fill the palm. Starting with the index finger, you can make some beautiful angular flowers and complete your design with full flowers.

Heart And Round Shape Arabic Mehandi

Eid is a very popular festival which is celebrated after the holy month of the Ramzan. This day bring a lot of happiness and joy, all people are doing preparation to make this day best.  Women buy new cloths jewellery and also get printed of different  design and crafts of mehndi design.  For a special occasion like Eid, Eid mehandi design is suitable for ladies and young girls to add extra charisma and elegancy in their looks.

Eid mehandi design is one of the most popular mehandi designs used now a days, the design are of different varieties which can influence a personality of young girls and women on any occasions. Mehndi designs are not only famous in South East Asian countries but also gaining popularities in other part of the world bya different name  “henna tattoos”

There are different types of Eid mehandi designs popular in countries like Saudi Arabia, India, Pakistan, Bangladesh and other Muslims countries. Some of them are given below:

This mehndi design is applied to give tribute to the holy month of Ramzan. This mehendi designs are mostly made up of patterns but some work of floral and dotted are also used.  The filing and shading part of this mehndi design add a elegant look to it.

This mehandi design is very popular among young girls, and looks great on those who are having bigger palm space. The floral work along with the dotted lines with ease and beauty give a feminine touch to this mehndi designs.

This type  mehandi design is very beautiful and one of the best  adorable mehndi design apply during Eid.  The palm is full of patterns are put together in a elegant way with a dotted lines overshadowing each other. In my suggestion, apply this for Eid it will surely add an extra charm to your looks.

Mehandi design becomes a significant part of our Indian culture.  It plays a important role in wedding ceremonies and other religious festivals like Karwa-chauth, Raksha bandan, Bhai  dhuj etc.  In this festivals, young girls and woman of any age applies different designs of mehndi in there palms and feet. Some people even hire an artisan or designer to get the best design applied for the important rituals. In India there are variety of Mehndi designs art, out of them Rajasthani mehndi design are very popular and intricate mehndi designs.

Rajasthani mehandi design is one of the oldest traditional mehndi design, the mehndi designs reflect the royal fascination and images of old times. In this types of designs different shapes and sizes of flower motifs are used especially the mango leaf motif and betal leaf motifs, but the main part of Rajasthani mehandi design is mirror work, which makes him totally different from other mehandi designs of India. The mirror work is very difficult to achieve and only can be made by a skillful designers because it takes a lot of hard work and patience.

There are many types in Rajasthani mehandi designs, some of them are given below:

This is traditional design created by motifs like mango with small squares and at centre heart shape pattern are added, give a traditional touch to it.  Mirror mehndi design is quite difficult to made, so only skillful designers can make this because it needs a lot of patience and accuracy. But one’s it completed, it looks awesome and the times taken shows their good result.

This is a typical mehandi design for bridals, it applied on both hand and feet with intricate details. There are different made all have different meaning like in left hand design of prince represent the groom and right hand princess design represent groom. The feet of the bride is decorated with dotted lines bird motifs. 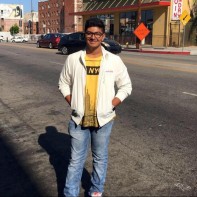 Punit Khatri
Punit Khatri is founder of Mehndi Design, who is very much interested in sharing designs and arts with people over the globe!

ABOUT US
Mehndi Design is a medium for very one to learn about the various types of Mehndi Designs around the world and stay updated with the Mehndi World.
Contact us: [email protected]
FOLLOW US
© Copyright © 2019 Mehndi Design Inc